Priscilla Jim lives in Acomita, one of the villages below the ancient pueblo of Acoma, an hour’s drive west of Albuquerque. She paints traditional Acoma pottery designs onto white slip-cast bells and cats. She uses the traditional black paint for Acoma pots, made from a native plant called Rocky Mountain beeweed. This plant is boiled down to make the black paint. Sometimes the paint is poured into a small corn husk basin to cool. If it cools in the pot it is though to remove. The corn husk acts as a disposable palette for the paint.

Priscilla’s bells and cats have been among the most popular ornaments at Susan’s Christmas Shop since the 1980s. Priscilla delivers her work to my house before 8:00 a.m., after a two-hour drive from Acomita. Then we talk like old friends. I recently learned that her late grandmother, Frances Torivio, made a large Acoma pot in my collection. Frances Torivio is considered a matriarch of Acoma pottery. Perhaps Priscilla inherited her grandmother’s painting skills. 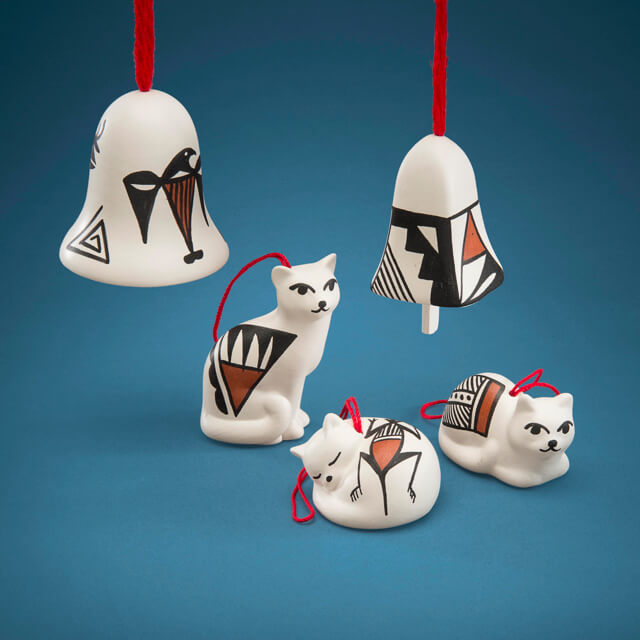