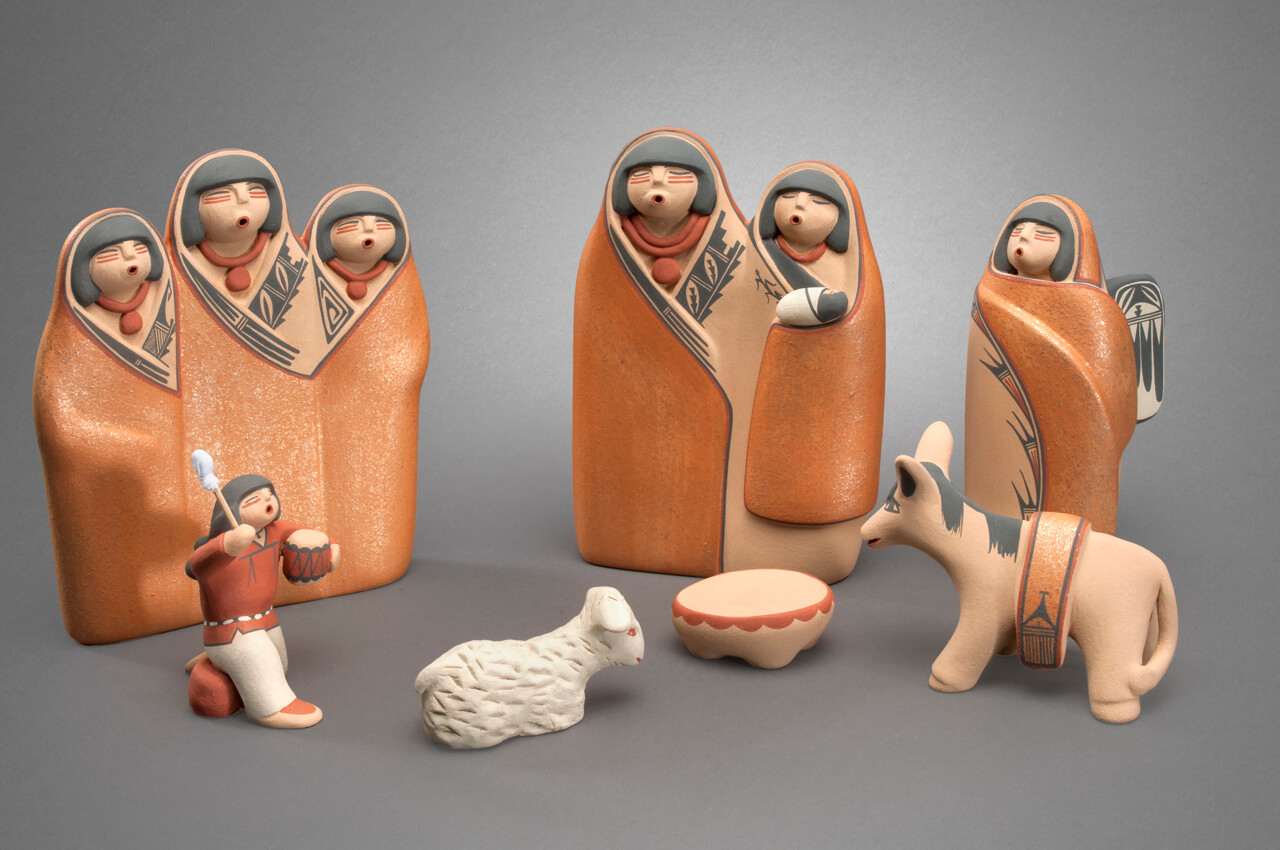 Maxine Toya is the talented daughter of Marie Romero. She began by helping her family with pottery chores. This is a familiar pattern among Pueblo families. She made her own pottery beginning in 1974. Maxine’s donkey in this nativity has a blanket painted with a fringe similar to the one made by her mother, Marie. Like her mother, Maxine is a prize-winning potter at Indian Market in Santa Fe. She sometimes combines her figures into groups. Her standing figures all have closed eyes. The carefully painted detail distinguishes this nativity, as well as the sweet little Pueblo drummer boy with his drumstick raised in the air. The angel’s wings have a lovely feather design. This was made in 2014 for Indian Market. Maxine has sold her work at Indian Market for forty years, presumably beginning in her own mother’s booth. Maxine recently brought us two angels in this style to sell separately. They have a bit of shine to their robes because the clay slip on their robes has mica in it. Their wings are beautifully painted with pueblo designs. Call us if you wish to know more:
(505) 983-2127.