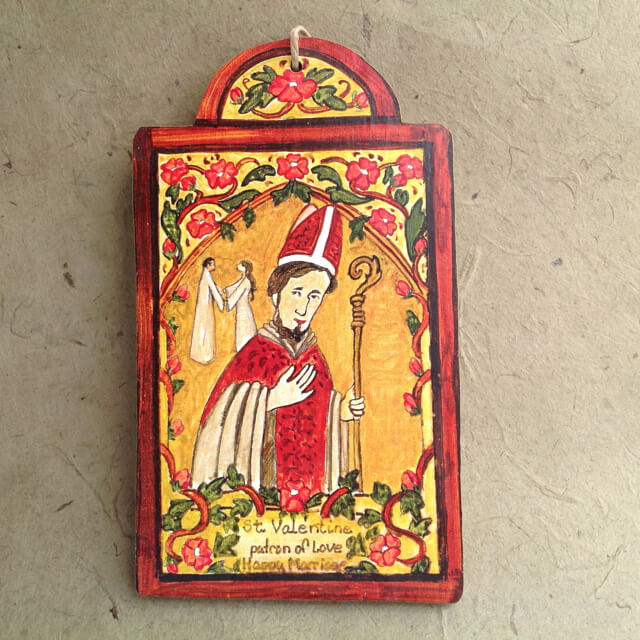 St. Valentine is Patron of Lovers, Happy Marriages, Beekeepers and Young People. Valentine was a holy priest in Rome who assisted the martyrs in the persecution under Claudius II. Since he was caught marrying Christian couples and aiding any Christians who were being persecuted under Emperor Claudius in Rome, when helping them was considered a crime, Valentinus was arrested and imprisoned. Claudius took a liking to this prisoner — until Valentinus made a strategic error: he tried to convert the Emperor — whereupon this priest was condemned to death. He was beaten with clubs and stoned; when that didn’t do it, he was beheaded outside the Flaminian Gate, which was executed on February 14, about the year 270. This retablo is about four inches tall.