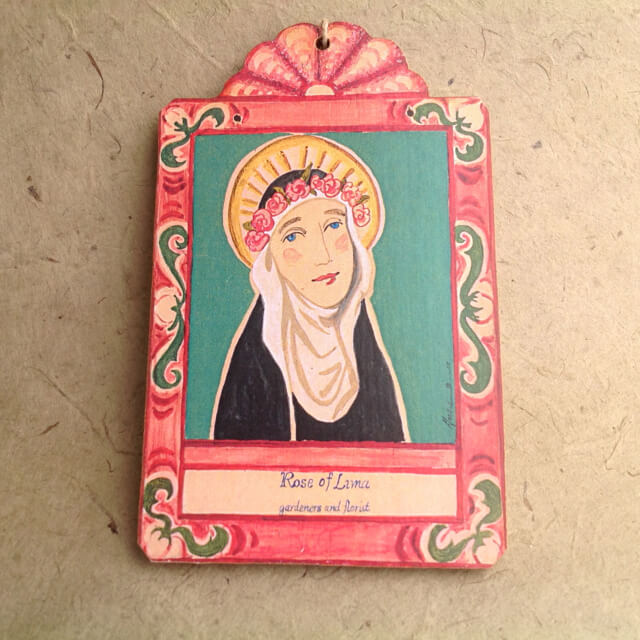 Only 3 left in stock

St. Rose of Lima is the patroness of Latin America and the Philippines. This South American Saint’s real name was Isabel, but she was such a beautiful baby that she was called Rose, and that name remained. As she grew older, she became more and more beautiful, and one day, her mother put a wreath of flowers on her head to show off her loveliness to friends. But Rose had no desire to be admired, for her heart had been given to Jesus. So she put a long pin into that wreath and it pierced her so deeply, that she had a hard time getting the wreath off afterward. Another time she became afraid that her beauty might be a temptation to someone, since people could not take their eyes off her. Therefore, she rubbed her face with pepper until it was all red and blistered. St. Rose worked hard to support her poor parents and she humbly obeyed them, except when they tried to get her to marry. Her love of Jesus was so great that she would not marry. This retablo is about four inches tall.