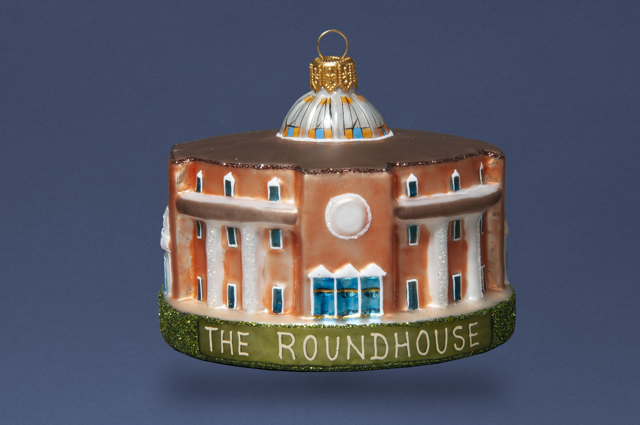 The Roundhouse is the affectionate nickname for New Mexico’s State Capital Building in Santa Fe. Its distinctive shape is inspired by the Zia sun symbol on a 19th century pot form Zia Pueblo. That symbol is also featured on the New Mexico state flag. It also appears on the bottom of this glass ornament. The building was built in the 1960’s on the Old Santa Fe Trail, close to the plaza. This glass ornament is blown by mouth in Poland, silvered inside, and painted by hand on the outside. It is four inches in diameter.