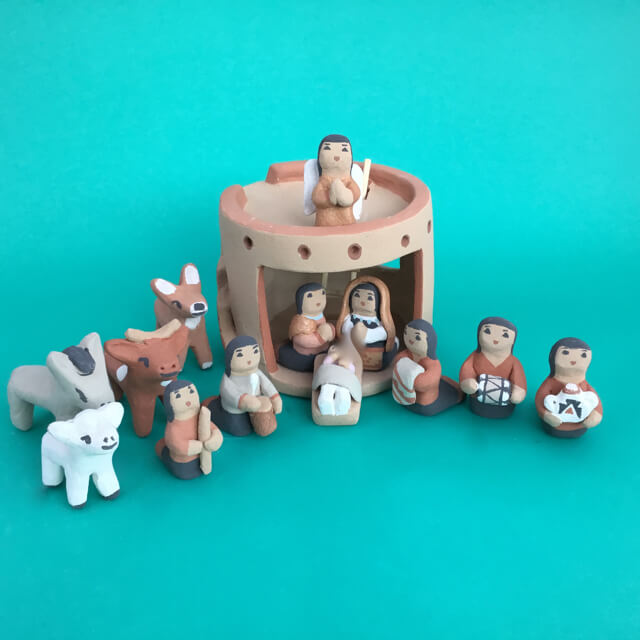 Only 1 left in stock

Santana Seonia has set this Jemez Pueblo pottery nativity inside a kiva, the ceremonial chamber for New Mexico pueblos. Typically, kivas are round. This one has steps to the top and a ladder to descend into the chamber. A small pottery angel sits on top of the roof. Mary and Joseph and Baby are shown in the cut out side of the kiva. Three wise men are kneeling, and each one holds a pueblo style gift such as weaving, a drum and a canteen. A drummer boy holding his drumstick beside a shepherd with a staff and four animals are outside. The kiva is three and a half inches tall (9 cm.).