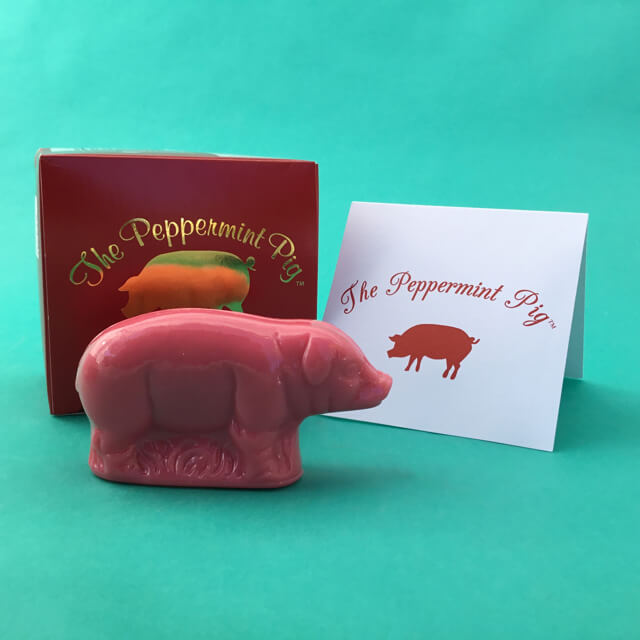 Only 3 left in stock

The pig is considered a good luck symbol in Germany. In the early 1800’s, a German candy maker in Saratoga, New York, molded his peppermint candy in the shape of a pig. It became very popular in that community to buy a peppermint pig for Christmas. At the end of Christmas Dinner, the head of the household would put the peppermint pig in a pouch and smash it and everyone around the table would share a piece of the sweet peppermint candy for health, happiness and prosperity in the New Year. Eventually the German candy maker retired and the sweet peppermint pigs were just a memory in the minds of the oldest people in Saratoga. About twenty years ago, the Historical Society in Saratoga asked a modern candy maker to revive the tradition. Now we have Peppermint Pigs again and we certainly need Health, Happiness and Prosperity in the New Year this year!

The small Peppermint Pig is made of the same delicious sweet peppermint as the larger pig, but it does not include the red pouch and metal hammer for the ceremony of cracking it at the festive dining table at the end of Christmas Dinner. A household pouch and hammer can be used instead. This smaller pig weighs 3 ounces and feeds about 6 people. Perhaps this is all you need to have Health, Happiness, and Prosperity in the New Year.